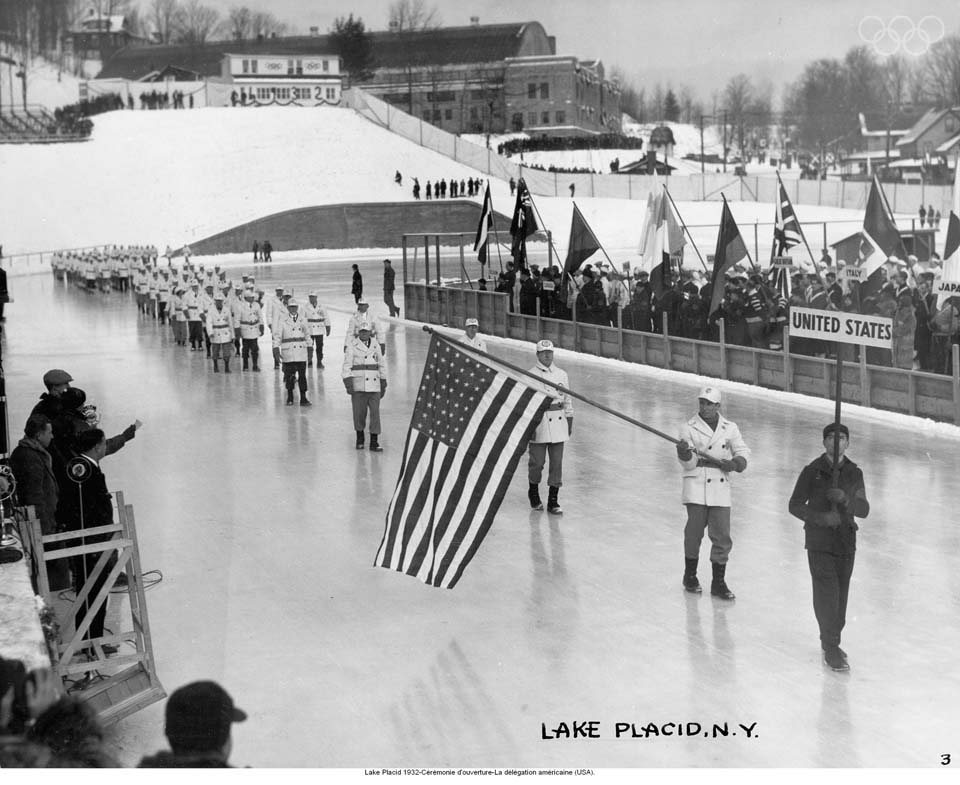 
The 1932 Olympic Winter Games were held in the small upstate New York village of Lake Placid.  The Winter Games were opened by Governor Franklin D. Roosevelt who later became the 32nd President of the United States.

The Games at Lake Placid included the debut of the two-man bobsled event, and three demonstration sports: women's speed-skating, dog-sled racing and curling (for the second time). Snow had to be trucked in so that the ski jump competition area would be covered.

During the opening ceremony, the British flag was carried by a woman for the first time in the Olympics. The Americans won the four-man bobsled and team member Eddie Eagan was the first and only man to win both a Summer and Winter Olympic medal -- Eagan also won the 1920 light heavyweight boxing gold medal. #Olympics