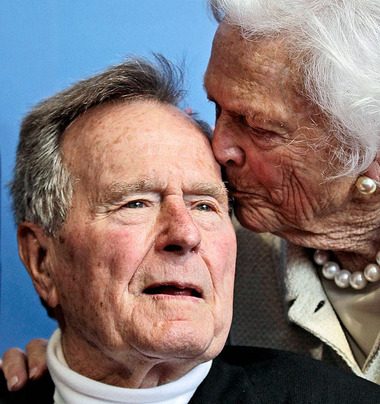 According to a tweet from Bush today, "Seventy years ago this very day, Barbara Pierce of Rye, NY made me the happiest, and luckiest man on earth."

The couple met in 1941 at a dance while Barbara (then Barbara Pierce) was home from boarding school during Christmas break. They were then married on January 6, 1945, in Rye, New York.