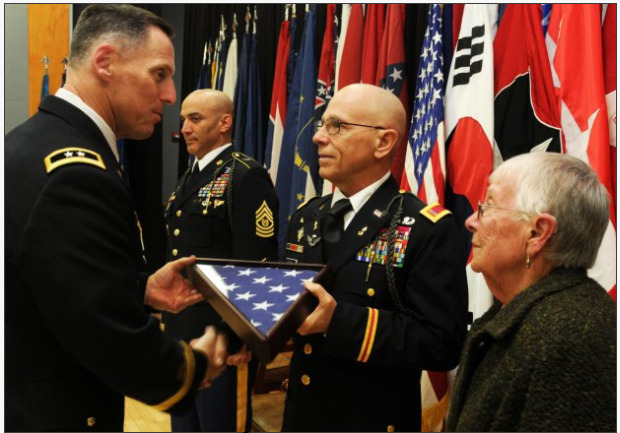 
Chief Warrant Officer 5 Ralph E. Rigby, the last continuously serving Vietnam War Army draftee, retires after 42 years of active-duty service. Thank you Chief Rigby for your sacrifice for the the sake of our nation.

Chief Warrant Officer 5 Ralph E. Rigby, a native of Auburn, New York, started his military service when he was drafted at age 19 in 1972, during the Vietnam War. Though he was not deployed to Vietnam, he did go to South Korea. After that first tour of duty, he decided to extend his tour. Today, he is known as the last continuously serving draftee on active duty in the U.S. Army.